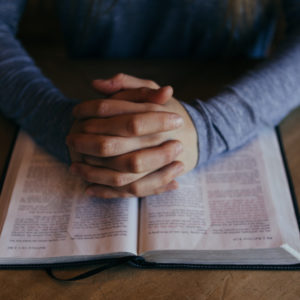 In Matthew 11, we read where Jesus presents His thanks to God , “All things have been handed over to Me by My Father; and no one knows the Son except the Father; nor does anyone know the Father except the Son, and anyone to whom the Son wills to reveal Him.” Matthew 11:27.  The Father has placed all things under the authority of Christ.  “The Father loves the Son and has given all things into His hand. He who believes in the Son has eternal life; but he who does not obey the Son will not see life, but the wrath of God abides on him.” John 3:35-36.  Everything regarding our relationship with God is in the hands of Jesus.  If anyone does not believe in the Son of God does not have eternal life. But those who do believe have eternal life.  The “all things” of Matthew 11:27 and John 3:35-36 is referring to the kingdom of grace and on all things referring to the salvation of mankind.  Which also means over the church.  “And He put all things in subjection under His feet and gave Him as head over all things to the church, which is His body, the fullness of Him who fills all in all.” Ephesians 1:22-23

And because all authority has been given to Him, He continues with, “Come to Me, all who are weary and heavy-laden, and I will give you rest.” Matthew 11:28.  This is the idea found in John 3 above.  “He who believes in the Son has eternal life; but he who does not obey the Son will not see life, but the wrath of God abides on him.” John 3:36.  Note here the above highlighted words.  Salvation is based completely on Christ.  All this was given to Christ and was put under His authority.  Looking deeper in verse twenty-eight, we see the phrase “weary and heavy-laden”.  This metaphor is speaking of those who are bearing a great and heavy load on their backs.  And every step they take renders the load even more oppressive.  However, the person continues, using great exertions to get to the point where it can be laid down.

Now, in order to bring clarification, lets look at the next verse. “Take My yoke upon you and learn from Me, for I am gentle and humble in heart, and YOU WILL FIND REST FOR YOUR SOULS.” Matthew 11:29.  This speaks of two types of yokes.  The yoke we need to get rid of is the yoke placed on us by man, and in the case of the first century, the Pharisees and the Scribes.  These two types of teachers placed such a heavy burden upon their disciples that they were, as Jesus said, weary and heavy-laden.  They place such a burden upon them they became exhausted in trying to follow these rules and laws in all ways.  But Jesus told them to take His yoke upon them, His teachings and become His disciples.  And if they did, they would not become weary, but they would find rest for their souls.  And we find rest for our souls because we are not alone, but the Holy Spirit will help us.  “I will ask the Father, and He will give you another Helper, that He may be with you forever; that is the Spirit of truth, whom the world cannot receive, because it does not see Him or know Him, but you know Him because He abides with you and will be in you.” John 14:16-17.

And finally, because the Spirit of God lives in us, and we believe in Jesus and He is the reason for our salvation and Jesus is our teacher, we do not live under the yoke of man’s teachings or oppression, but we are to be taught and led by Christ, and His yoke is easy and the burden incumbent upon this yoke is light. As our focus verse states, “For My yoke is easy and My burden is light.” Matthew 11:30.  His is a yoke that is comfortable and a light burden upon us.  The lightness of His yoke depends not only on His personal character as described in verse 29 (for I am gentle and humble in heart), but also on His new interpretation of the Torah, which, in contrast with the scribal concern for detailed regulation, enables a person to see beyond the surface levels of dos and don’ts to the true underlying purpose of God.  Which is loving God and your fellow man.  “Departing from there, He went into their synagogue. And a man was there whose hand was withered. And they questioned Jesus, asking, “Is it lawful to heal on the Sabbath?”—so that they might accuse Him. And He said to them, “What man is there among you who has a sheep, and if it falls into a pit on the Sabbath, will he not take hold of it and lift it out? How much more valuable than is a man than a sheep! So then, it is lawful to do good on the Sabbath.” Matthew 12:9-12.